When my parents dropped me off on the bike path, I was pretty sad. I maybe did 6 miles of walking that day and spent most of my time calling friends to tell them I am alive since I had gone so long without service. I luckily only had to do a half mile of road-walking since the bike path was so long. I came upon a campground and was excited to see $7 hiker rates. Woot! I talked on the phone all evening with friends so that I went to sleep, feeling great. 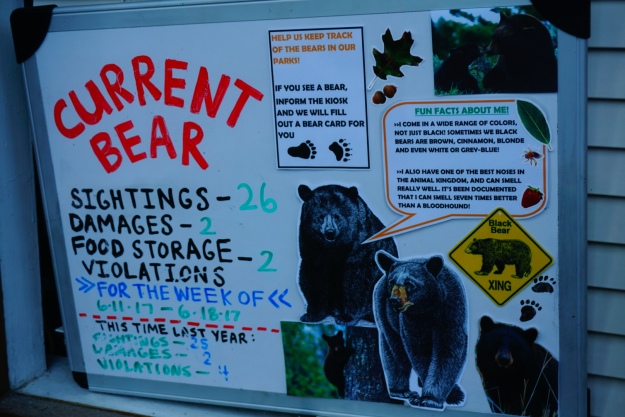 26 sightings at one campground in one week

I almost forgot about bear problems in the area, even though I secretly wanted to see one because the rangers fill out a bear card for you. I want a bear card. The next day was the most spectacular scene off the trail. I followed a path that went beside the lake. I could have easily been walking in Switzerland for how gorgeous it was.

The PCT is up there

Clear, turquoise waters, flowing creeks, lush greenery, and raging waterfalls. I would have been sad to miss it. The locals say this is the most water they’ve ever seen at Eagle Falls. My heart was soaring, it was so amazing. 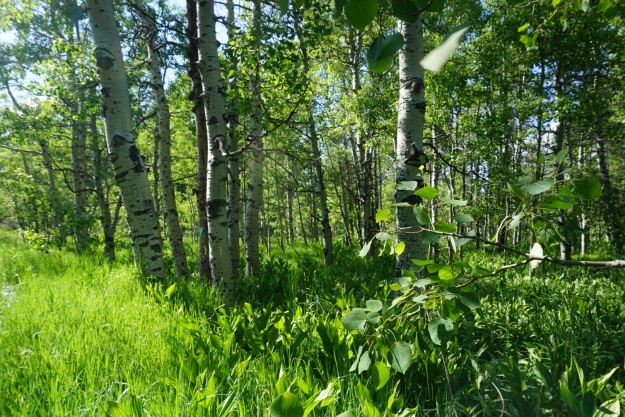 The people were wonderful, too. First thing in the morning, I talked to a ranger who teared up when I told her what I’m doing. She wanted to shake my hand, and told me I’m an inspiration. I met two different mothers who were inspired by my hike, one of them plans to backpack in the near future.

I talked to a dad hiking with his daughter who told me I was his hero for going out and doing this alone. It was really sweet. It went on like this for most of the day. I stopped and talked to one dad-and-daughter duo for at least 20 minutes because they were so excited to hear my stories.

It was a good day. A beautiful day. I also did only 6 miles and found another campground with hiker rates. 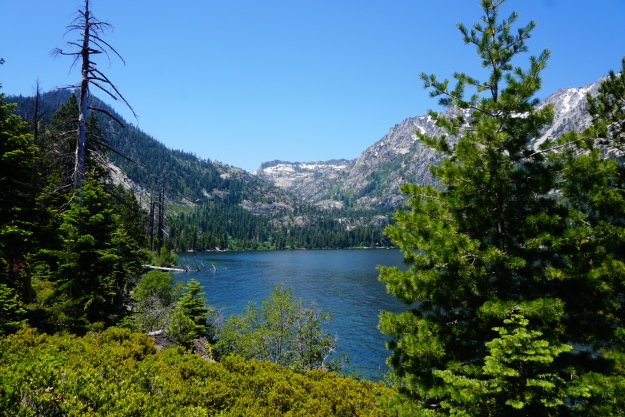 Emerald Bay with a small glimpse of Eagle Falls 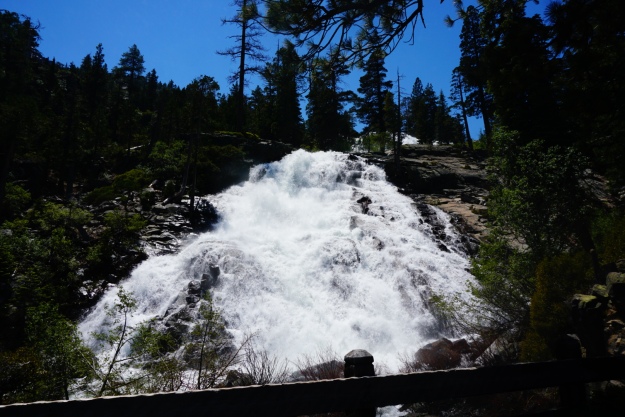 This waterfall was massive. You can see a tiny glimpse of the upper falls in the top right corner. I had to clean my lens in between shots because of the mist.

The next day was road-walking all day. And goodness, people drive fast. The heat and the humidity was getting to me. I met a couple hikers who were telling me conditions of where I was going next, and it is still deep snow. 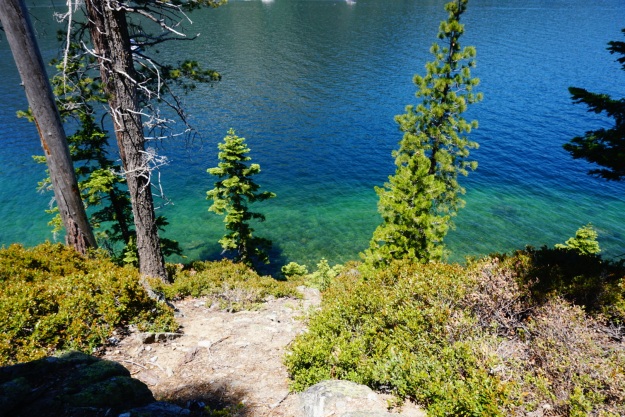 I heard it from another hiker too. So I found a convenience store, bought an 8% beer, sat on a rock, and thought about what to do next. 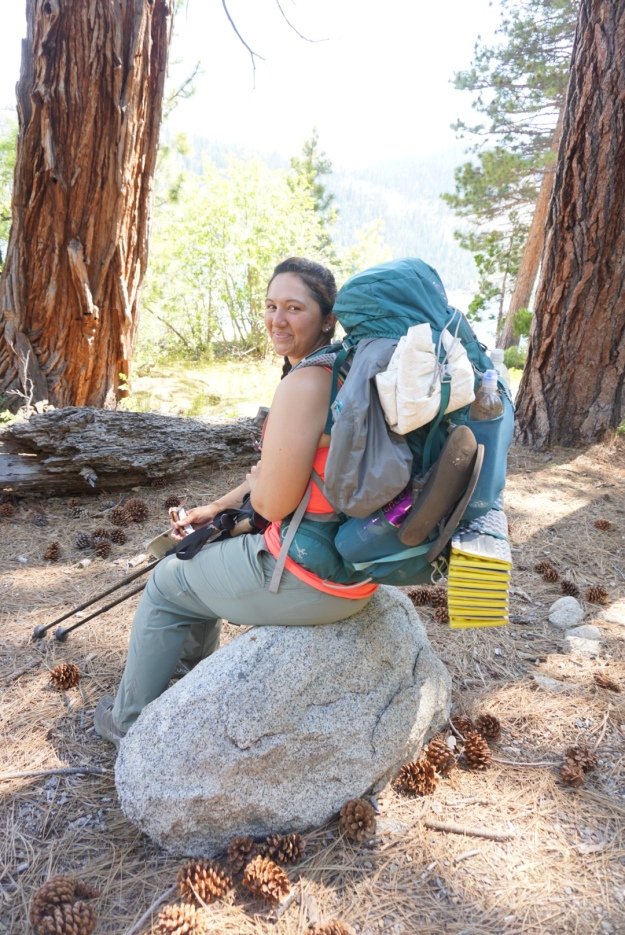 The woman I talked to for 20 minutes loved this shot so much, she said I needed to have it.

I made the decision to jump again, so I called a friend who planned on skipping up there, and he came to pick me up the next day.

We enjoyed the last of Tahoe with some margaritas, then were on our way. He still had things to do at home, so he dropped me off in Chester, near Lassen. In Lassen? More adventures.

A wild storm passing through on my last evening in Tahoe

Ending Tahoe with a Margarita